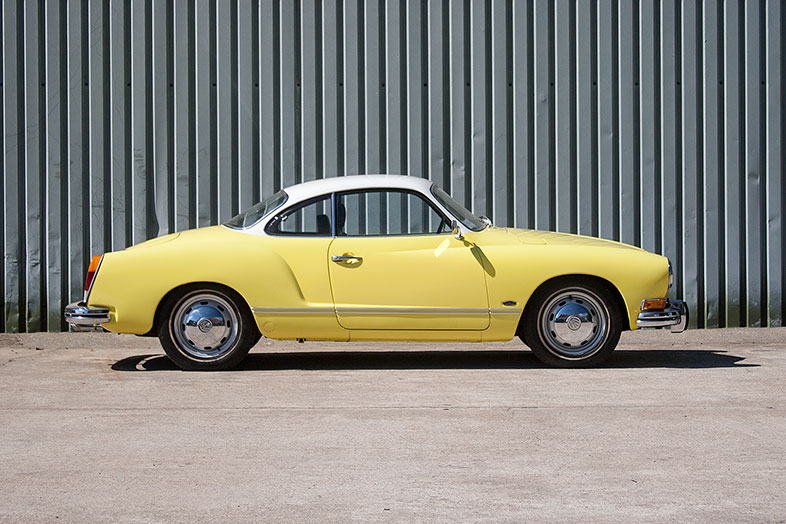 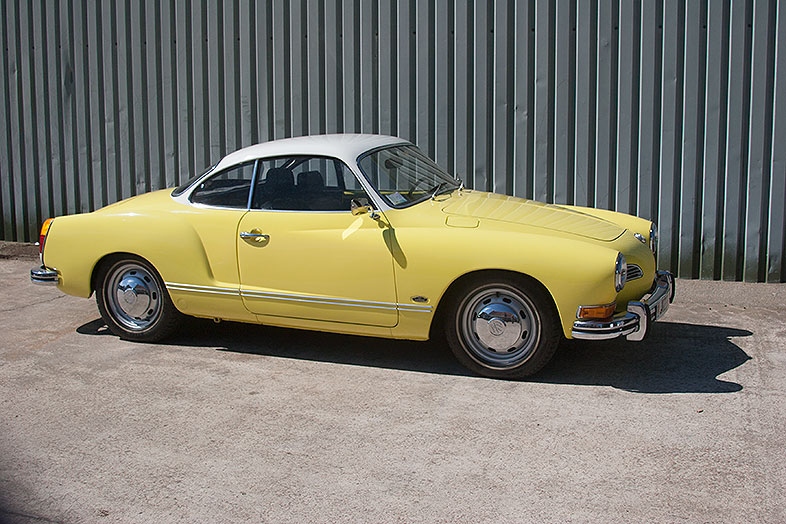 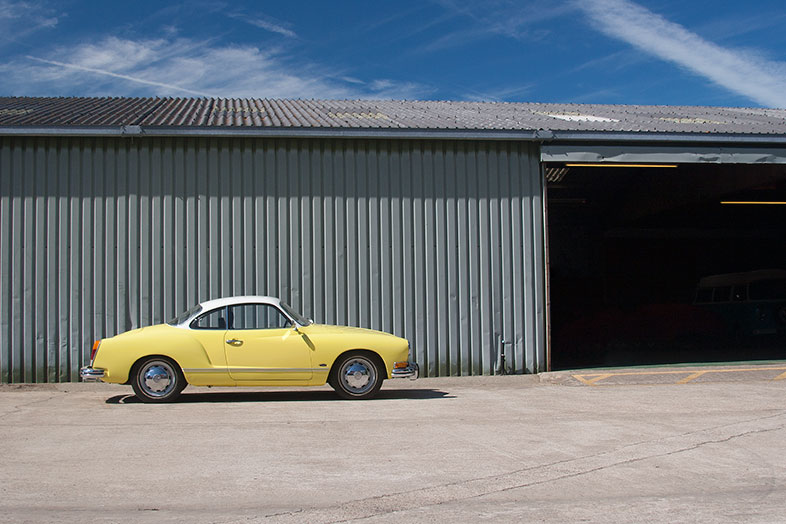 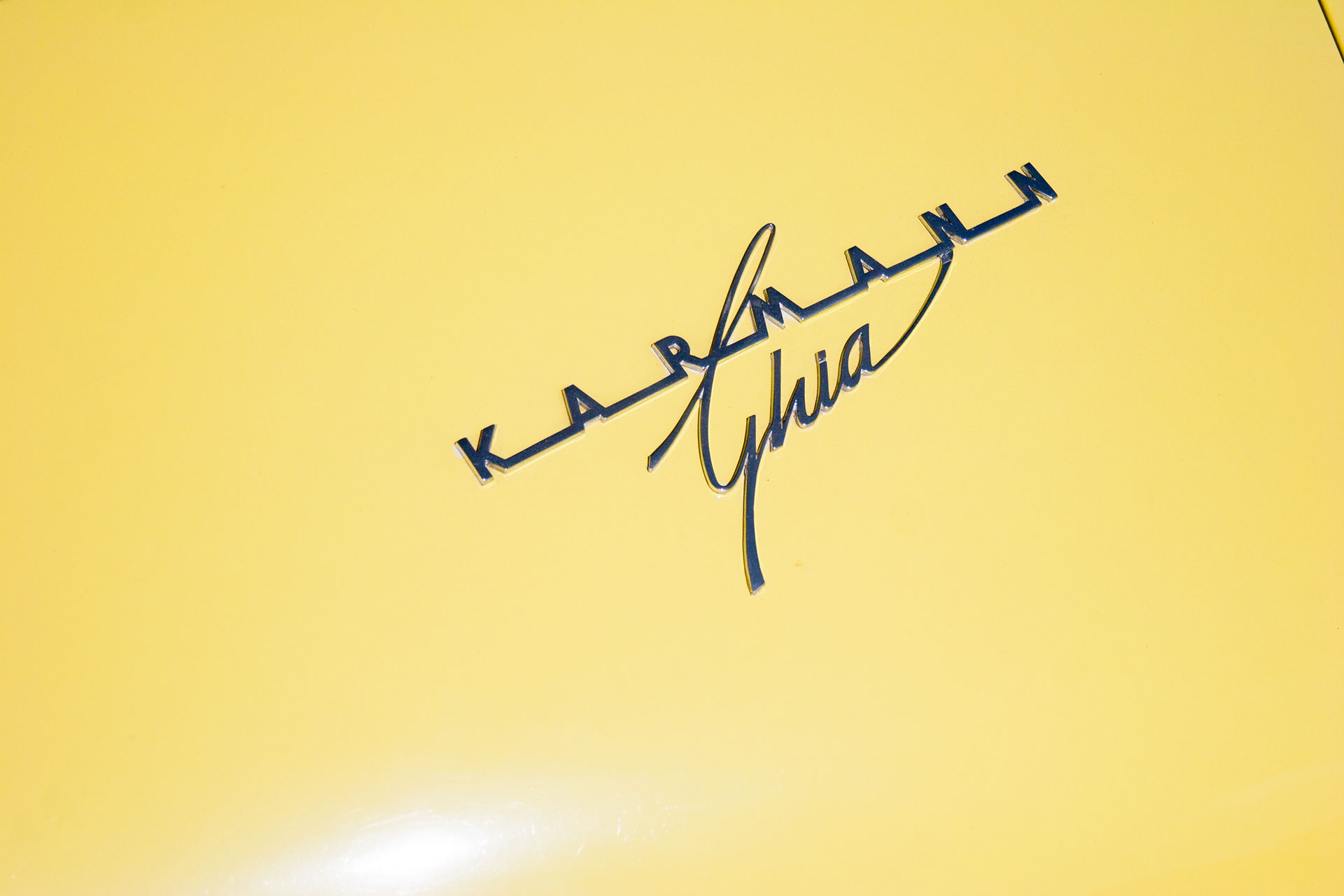 Styled by Italian design house Carrozzeiria Ghia and with a hand built body from German coachbuilder Karmann, this car simply blew the competition away when it was first launched in the 1950s. By the early 1970s it was the most imported car in to the USA, and achieved cult status in the design world.

This car was delivered new to a William L. Clime Jnr. of Redwood City, California by the official dealer Peninsula VW in December 1973. The car lived in the States until 2000, when it was imported to the UK, and has a simply beautifully detailed history, including the original service handbook.

Think of California in the early seventies, San Francisco and flowers in your hair, and a Karmann Ghia will be there. Finished in fabulous period Saturn Yellow, with a white rood and white striped tyres, this is your own piece of Californication…